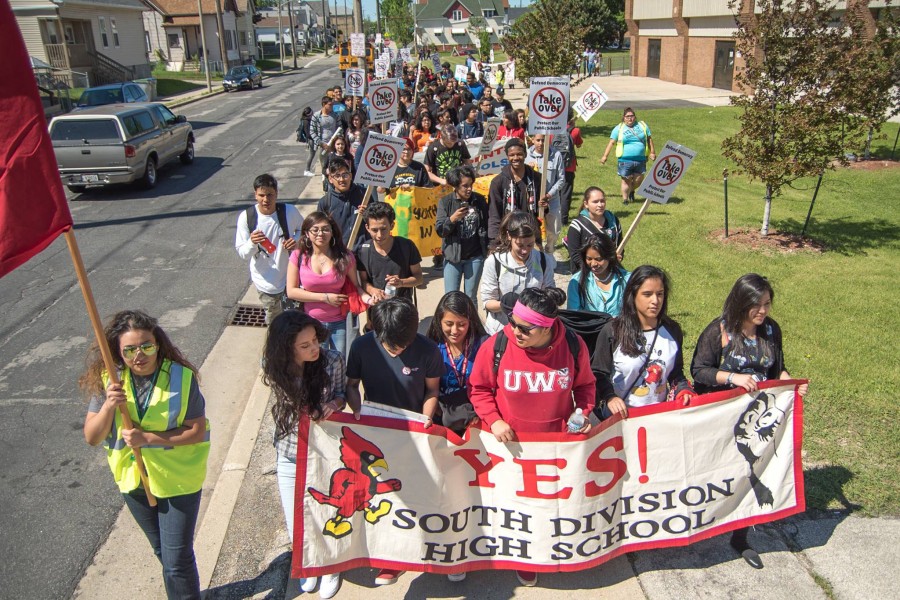 Students took to the streets today to stand up for public schools in Milwaukee and protest a proposed takeover of their schools. Students walked out of their classes at several area schools and joined together in front of South Division High School, a school that could be targeted for takeover under a plan being advanced by Rep. Dale Kooyenga (R-Brookfield) and Sen. Alberta Darling (R-River Hills).

While many of the students who are actively protesting against the takeover attend schools targeted for takeover, others attend some of Milwaukee’s highest-performing schools. At a rally last week, Reagan High School student Paola Gonzalez told the crowd: “Reagan is not in danger of being privatized, but I am here to stand in solidarity…once one of our schools is targeted, all of MPS is targeted. Senator Darling and Representative Kooyenga, you do not represent the city. You have no business telling us what to do.” Students walking out of Milwaukee schools and marching in protest of proposed Takeover of MPS #NoMPStakeover pic.twitter.com/F89thtuaFq