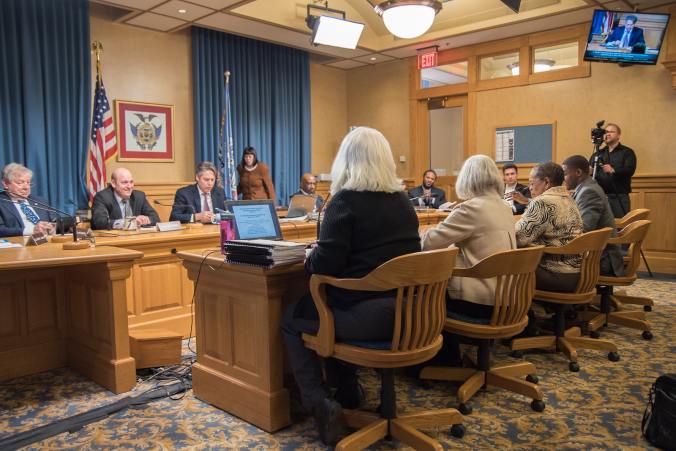 The Takeover of the Milwaukee Public Schools didn’t just start with Senator Alberta Darling and Representative Dale Kooyenga’s MPS Takeover bill. It started decades ago and one of the ways it has pecked away at MPS is through the proliferation of 2R city charters. These third party operators are issued charters by the city of Milwaukee. They have a poor track record for performance and like all other schools that are not publicly run, they have no restrictions on who they educate, allowing them to push out students they deem undesirable. They are also not accountable to a public school board elected by the people of Milwaukee, but rather they are an appointed commission with a dubious record of oversight. It is important to note that these are not the same charter schools that are accountable to the Milwaukee School Board. These charter schools are not part of this effort.

Milwaukee Alderman Tony Zielinski has authored a resolution for a 5-year moratorium on any new City of Milwaukee charter schools. It’s a significant step in the right direction to start to turn back the Takeover of MPS. This resolution will be introduced at the Steering & Rules Committee hearing on Thursday, June 11th. We need to turn out a large crowd for this hearing, in order to begin the process of putting Milwaukee schools back in the hands of the people, and not unelected commissions! 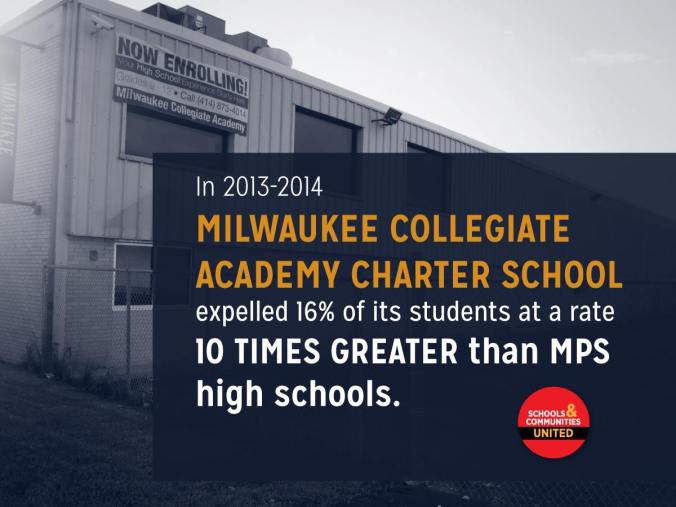 Milwaukee Collegiate Academy is a 2R city of Milwaukee charter school. It operates outside the Milwaukee School Board and is instead accountable to a appointed board.

Here is the contact information for members of the Steering & Rules Committee. Please contact them and tell them to support the Zielinski Moratorium Resolution.

A substitute ordinance relating to the chartering of schools by the city.

This ordinance establishes a 5-year moratorium during which the City of Milwaukee will grant no school charters to schools not currently chartered by the City.

Whereas, The granting of school charters, which are intended to provide innovative educational programs to help struggling students succeed, requires considerable expertise and an in-depth knowledge of the latest innovations in education; and

Whereas, While the City of Milwaukee relies upon the expertise of the Charter School Review Committee when granting school charters, the City itself has no direct expertise in education policy innovations and school operations; and

Whereas, Many of the schools chartered by the City are struggling and are either underperforming their public-school counterparts or are not performing significantly better than public schools; and

The Mayor and Common Council of the City of Milwaukee do ordain as follows:

330-4. Moratorium. 1. PURPOSE. The city recognizes that many of the schools chartered by the city are either under-performing the available public schools, or are not performing significantly better than public schools, and acknowledges this underperformance may indicate an inadequacy in the city’s school chartering process. The city further acknowledges, given the paramount role of education to the children of the community, that the most prudent action for the public good is to establish a moratorium on city-granted school charters to give the city time to evaluate its school chartering process before proceeding to grant any additional school charters.

What: Steering & Rules Committee hearing on a 5-year moratorium on any new city of Milwaukee 2R charter schools.

Where: Milwaukee City Hall, Room 301-B