A report like that would seem to surely ensure the school’s removal from the city 2R charter program given such a long track record of poor performance, but who needs to be held accountable when all you have to do is go to another school system. That’s exactly what King’s Academy did at the August 13, 2015 CSRB meeting in announcing that they would no longer be seeking a contract with the city and instead would be heading back to the Wisconsin voucher program (so called Milwaukee Parental Choice Program): 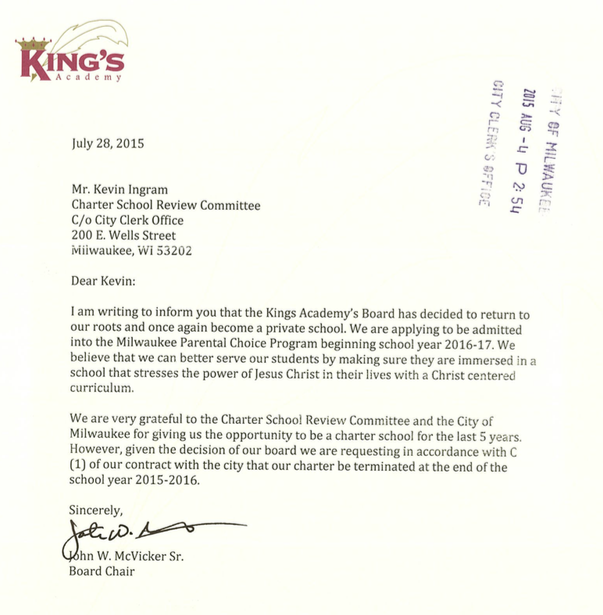 This was the response from Schools and Communities United to Board President Michael Murphy on King’s Academy and their sudden transition back to the voucher program, effectively dodging any accountability or track record as a school.

King’s Academy and other sham school operators will continue this voucher shell game of legalized corruption that fails Milwaukee students. Voucher schools run from accountability and hide from transparency. Public tax dollars belong in public schools. It is far past time to declare a moratorium on the failed private voucher system in Milwaukee.