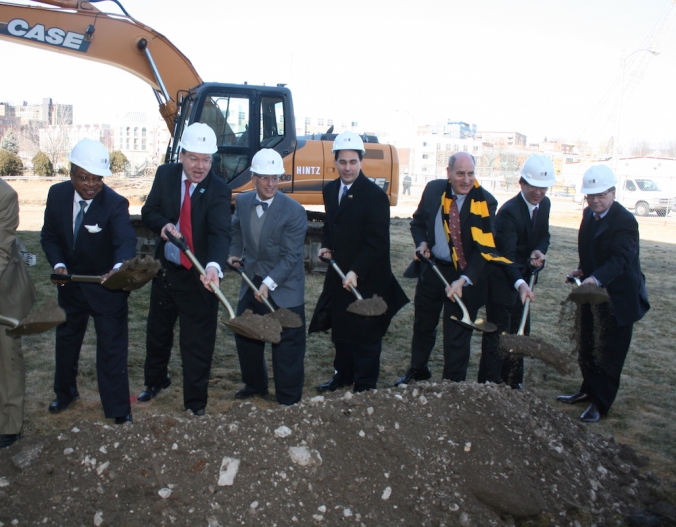 Milwaukee BizTimes editor, Andrew Weiland recently wrote an editorial called, “Superman! Where are you?” In the piece he questions why the Milwaukee Common Council is refusing to approve the reappointment of Department of City Development (DCD) Commissioner Richard “Rocky” Marcoux. Weiland argues that Marcoux should be reappointed because of the rapid development in downtown Milwaukee, while the Milwaukee Common Council argues that this development has been disproportional to the development of low-income neighborhoods that are suffering. South Side Alderman Tony Zielinski had this to say about the performance of Marcoux:

When I hear statements to the effect of what a great job is taking place (by Marcoux), I just have to stand up and say, you’ve got to be kidding. We have, if not the highest, one of the highest African-American male unemployment rates in the country. What has been advanced to address that issue in 12 years? You talk about development…look at the central city. What kind of development have we seen in the central city in the last 12 years? With the development we have had, it’s been downtown. Instead of addressing those most in need in our community, we are focusing on other areas, and we are not even doing a good job at that.”

Zielinski is absolutely correct! Milwaukee needs a balanced approach to development in Milwaukee and not just a “market-driven” approach as Weiland suggests. The market has ignored these communities and Weiland, who lives in Muskego, does not care for these families, who also would like to see DCD paying attention to their neighborhoods, and not just catering to the needs of wealthy developers downtown.

Next, Weiland had the gall to blame the city’s lack of economic development and jobs on Milwaukee Public Schools:

The lack of economic development in the central city is also market-driven. The high violent crime rate, poverty and poor performance of Milwaukee Public Schools creates an environment the marketplace wants to avoid. The DCD can’t change that fact.

MPS didn’t defund itself. So if the economy is failing you can’t blame it on a school district that has been attacked and defunded for decades.

These same positions have been stripped out of MPS year by year, but Weiland, whose home district of Muskego still enjoys many of the positions MPS has seen cut, somehow thinks he  knows what’s best for Milwaukee.  It’s the same kind of hypocrisy we’ve seen from MPS Takeover co-authors Rep. Dale Kooyenga and Sen. Alberta Darling, who blame MPS for not getting higher test scores, while at the same time presiding over a state budget that allocates more money per pupil for their own students than MPS.  They claim to want to “help” our students, but their actions speak louder than their words. 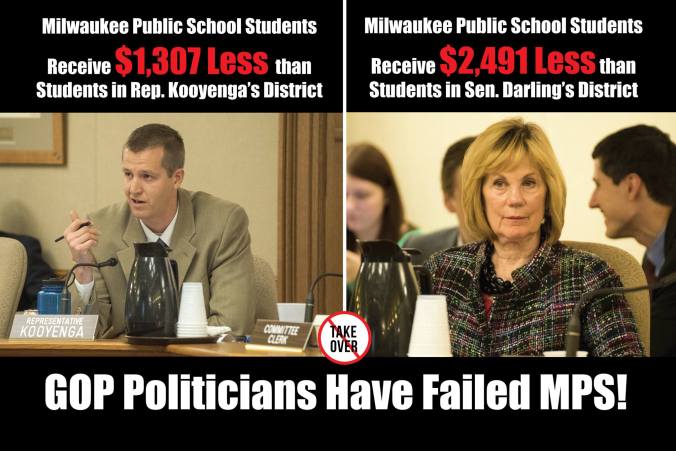 We don’t want the “help” of Rocky Marcoux, Dale Kooyenga, Alberta Darling, Andrew Weiland, or his “market-driven” approach to economic development in Milwaukee, because we’ve seen what their idea of help amounts to in practice. It’s good to see the Common Council taking a different approach.